Chicken or Egg: Are Machines Learning Like Humans or Vice Versa? In our latest webinar, we explored the ways artificial intelligence (AI) and machine learning (ML) are making a positive real-life impact on the HR/benefits industry – including making work easier, more effective, and more empathetic. 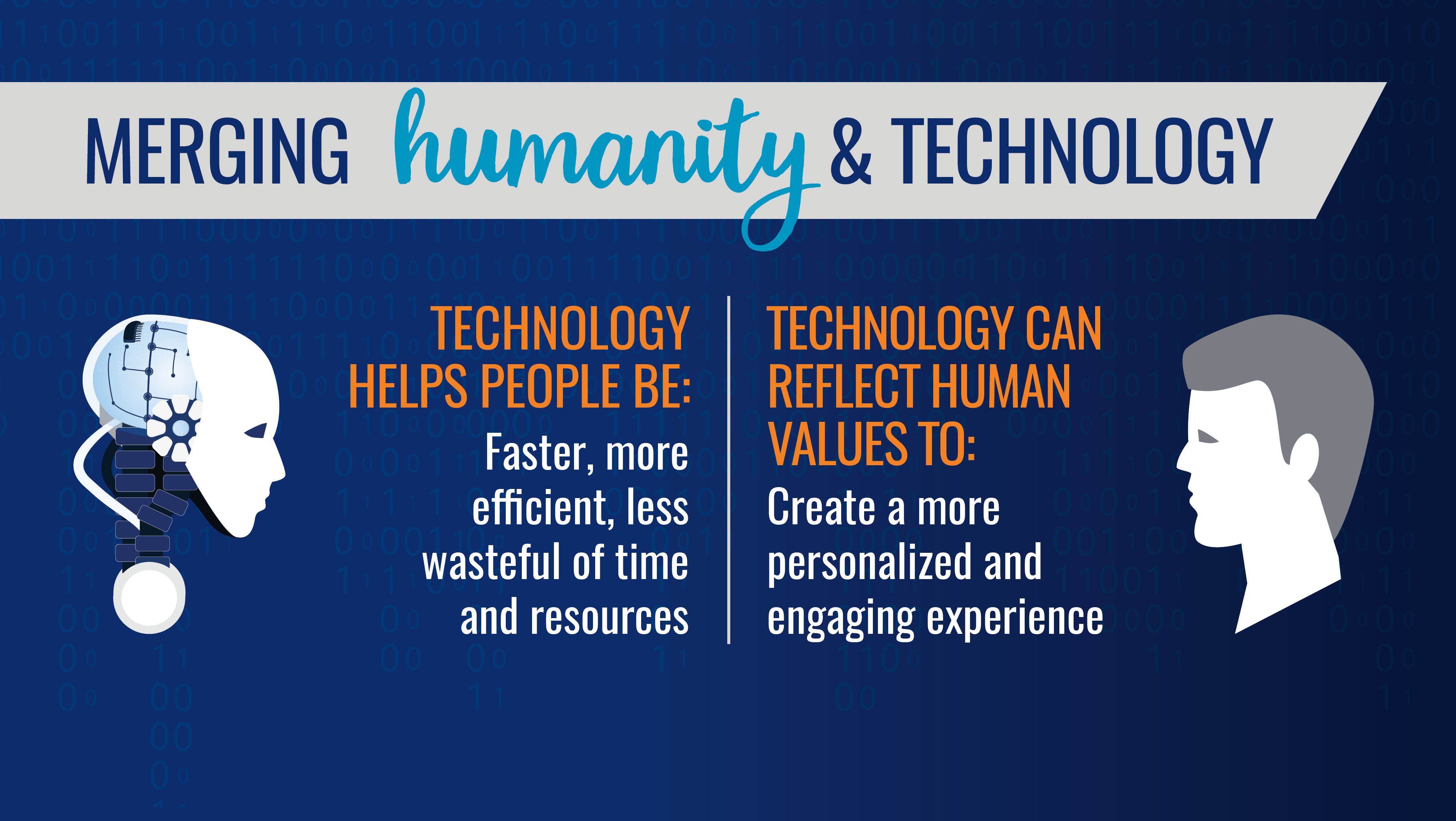 I was thrilled to moderate the session with our incredibly talented and intelligent guest speakers: John C. Havens, the author of “Heartificial Intelligence: Embracing Our Humanity to Maximize Machines,” and our own Sony Sung-Chu, AVP of Applied Data Science at Businessolver.

The hour flew by as we covered three areas where there’s great promise for technology and humanity to intersect. Over and over again, though, we kept coming back to the same question: With innovation in AI and ML moving so quickly, are machines learning like humans, or are humans now learning like machines?

John and Sony agreed – the answer is both.

John said that as we parse the differences in AI, it’s clear to see that machines are learning like humans. It’s easier, he said, to think about AI in two categories: artificial general intelligence (AGI) and artificial super intelligence (ASI). AGI is a machine that can successfully perform an intellectual task that a human being can also perform. Practically, AGI supports human skill. ASI is a machine that surpasses that of the most gifted human mind and can even possess general reasoning systems that lack human cognitive limitations.

Sony agreed, for sure the former is true: Machines do learn like humans. But the way they learn is through mathematics – pattern recognition, optimization, and clever algorithms. They are not bound by memory, they can use all the data they’ve collected, and they’re able to correct themselves.

At the same time, Sony added that in studying how machines learn, we rediscover – and some cases discover for the first time – how humans learn.

For example, he noted, when we teach a child what the world is like, we show them, we allow them to experience, and we impart values and culture. Similarly, we do the same with our AIs: We show them the world through data, and we allow them to “understand” so that they can make decisions or carry out a task.

John expanded on this notion, explaining that one of his favorite examples in how humans and tech are merging in a successful way is in treating PTSD for veterans – obviously a really complex human issue, and one that’s being aided by AI technology.

As he explained, chatbots are an elementary version of AI, that more or less use nuanced mimicry to simulate human interaction/conversation. Generally, a person uses it knowing they’re speaking only to a machine and not a human, but the mimicry helps them be okay with it – similar to the way people “joke” with Siri.

However, there are case studies that show veterans that have returned from war and have spoken to bots about their traumatic experiences, are then more open when talking to a human therapist. It’s as though knowing they aren’t speaking with a human allows the soldiers to just “get it out” and be more vulnerable in that initial catharsis. So that later, when talking with a human therapist, the floodgates are already open so to speak, and real therapeutic work can be deeper and more effective.

Both trends are important for ongoing innovation

John’s example highlights how and why both humanity and technology are critical to innovation in AI and ML. From an industry perspective, the need for that convergence also is evident in our personal benefits assistant SofiaSM, who was developed last year specifically with humans and humanity in mind.

We wanted her to have the actual voice of an HR professional so every response and every data point in her training set fundamentally reflects our clients, customers, and HR professionals. She is so human-like, in fact, that some of our testers didn’t notice she was actually a bot.

As Sony so eloquently explained, by teaching AI how humans think and learn, they can help us in turn be more productive and even more creative in our jobs. Conversely, AI can also empower us to take control and track data points in our daily lives that can help us improve, such as tracking our health statistics and making recommendations for better health results.

It’s especially important to merge humanity in technology like Sofia because she speaks to and helps actual humans with real-life problems. We never forget that our users are people with jobs, stresses and worries. The benefits industry has to be human, empathetic, and emotionally sound in order to provide the best service possible. Our users are relying on our technology to help them. This is why we’ll never veer from our guiding principle of providing Technology With Heart.